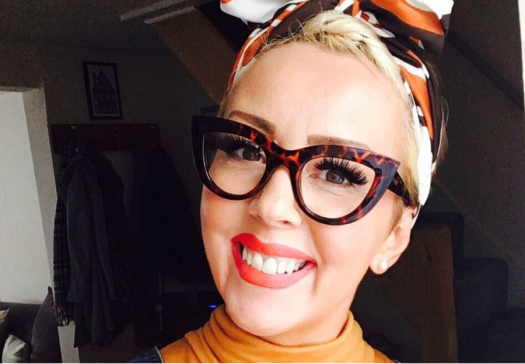 My name is Zena (Zee for short) I’m 44 this year and a mum and grandmother. My blog, titled I’m not old, I’m retro is aimed at women who are over forty but still have that flair for fashion. Just because you hit 40 it doesn’t mean you should just give up and blend in. Quite the opposite it seems from my followers. I use my instagram blog and magazine column to connect with women of all ages but mostly I hope women my age feel as though they are amongst friends and we can support and build each other up!

In an age where women are pitted against each other across the media and images of unattainable figures and skin are everywhere, I hope to show that ageing is part of who we are and indeed it’s a privilege denied to so many. Here is my take on being an older bride and how it happened…. 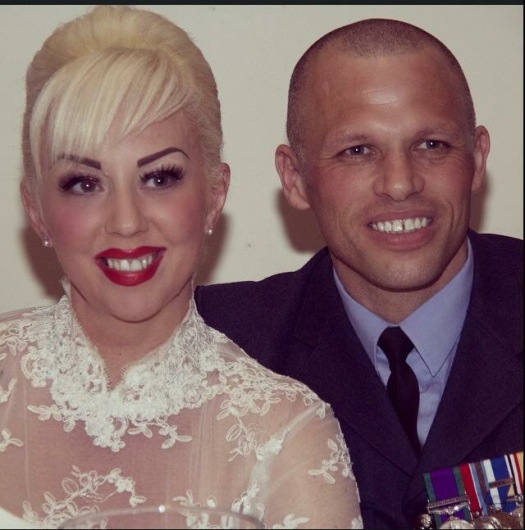 I think when you’re older, you are, I hope, quite sure of yourself. I know what I like and don’t like, what I can and can’t wear and who I do and don’t want to spend time with. We didn’t pander to any emotional pressure from family members when it came to the bridal party. We kept it very small. One of my oldest friends was my maid of honour and we had two small bridesmaids my granddaughter and Lee’s niece, both called Lily. It would have been very easy to have nieces, nephews and our godchildren and indeed we both have daughters in their 20’s but we chose just two small ones. My brother gave me away. This I think was an emotionally mature decision so as to favour neither my father nor my step dad. Both are amazing men and I couldn’t chose between them.

We also chose a child free wedding. This was mainly due to the fact that most of our friends have children that are older and would therefore need a full meal. As we had a budget we chose just family only to bring children and our godchildren. Especially those who lived a long way away. This is again because we are both very family orientated and we believe that family should always be an exception. 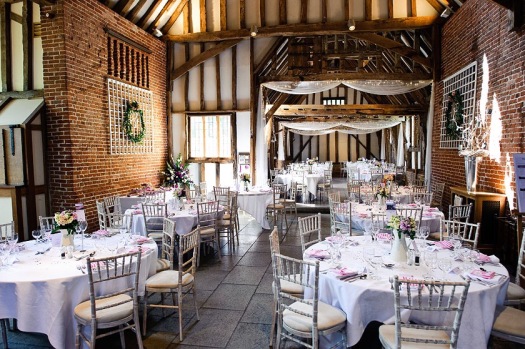 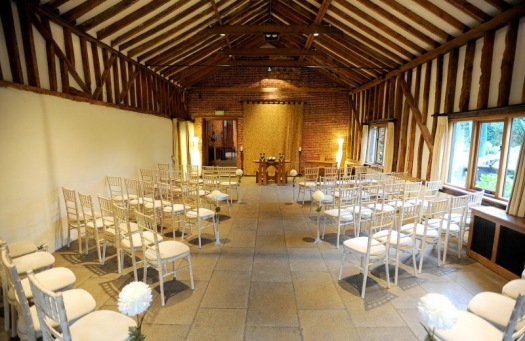 Haughley Park Barn in Suffolk was our venue and we kept it very simple, with the largest share of our budget being spent on the food and the band along with a fantastic DJ that played a range of music from 90’s dance anthems to the 60’s and every Northern Soul record we asked for. It was fantastic and everybody danced all night. Our Band ‘Inverse Oreo’ had disbanded however, as a favour to us they got back together, some even flying down from Scotland.

Our guests were a real mixture of people; it wasn’t hard to seat everyone and we avoided the awkwardness of choosing whom to seat at the top table (as my parents are divorced) by having my brother and his girlfriend and Lee’s brother and his wife along with the best man and my maid of honour.
We chose November because it was out of wedding season so it was cheaper (I married a northerner remember)!! We were blessed with a beautiful spring-like day. The guests were catered with comfort food to soak up the alcohol and everyone said it was the best wedding breakfast they’d ever had!! Any food preferences were asked for within the invitations. We had vegans, vegetarians and two celiac. 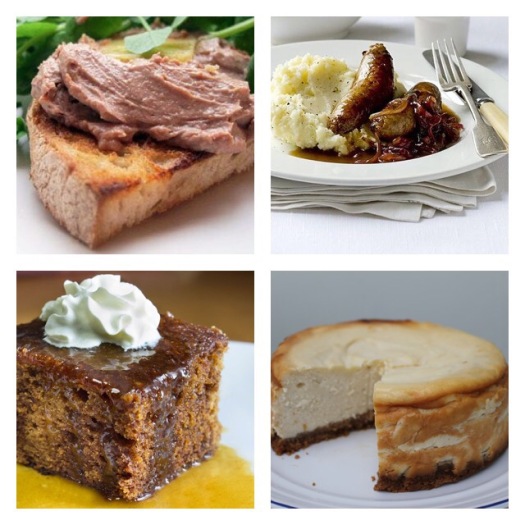 I remember looking around and thinking we have so many amazing friends: tattooists, singers, an ex bluebell dancer (who courted Clint Eastwood back in the day!) TV producers, ballerinas, nurses and my best friends who flew in from OZ to be there. I was also so happy that Lee’s military colleagues were there. Most of whom have known him for 20 years or so. 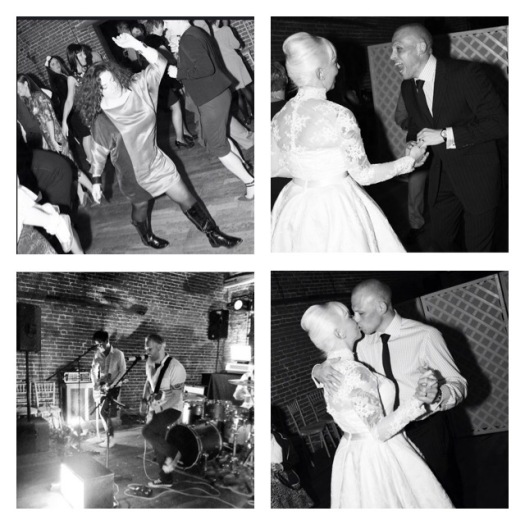 Now, my dress! I have always loved lace. I found the most beautiful dress from ‘Fairy Goth Mother’. But at two thousand pounds it was way off budget. So I sourced a company that could make me one. Honey Pie Boutique were amazing.

I then chose shoes from Next and as there was a loose lavender and purple theme, my maid of honours dress was from there too in a Cadbury’s purple. Lee and his best man wore their uniforms, and we invited guests to come as they are!
Our photographer for the day was Lee’s cousin and his uncle filmed it. Gifts and flowers were given to the wedding party and our mums and my step mum. 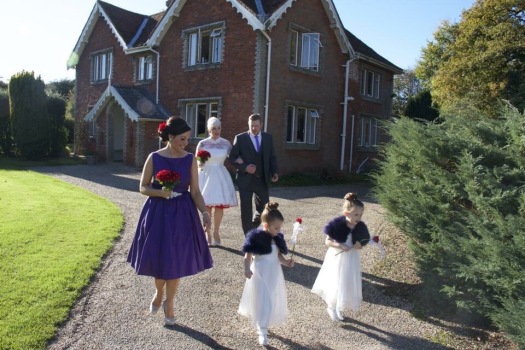 Once the evening got under way our street food vendor arrived and we had Suffolk pork and apple burgers to soak up the alcohol.

I think the best bit of advice I can give to anyone no matter what your age is, is to make the day a true reflection of you both. Do it your way! Be considerate to other family members and where possible include those you love. Everyone says ‘enjoy it, it goes so quickly’ and this is true. 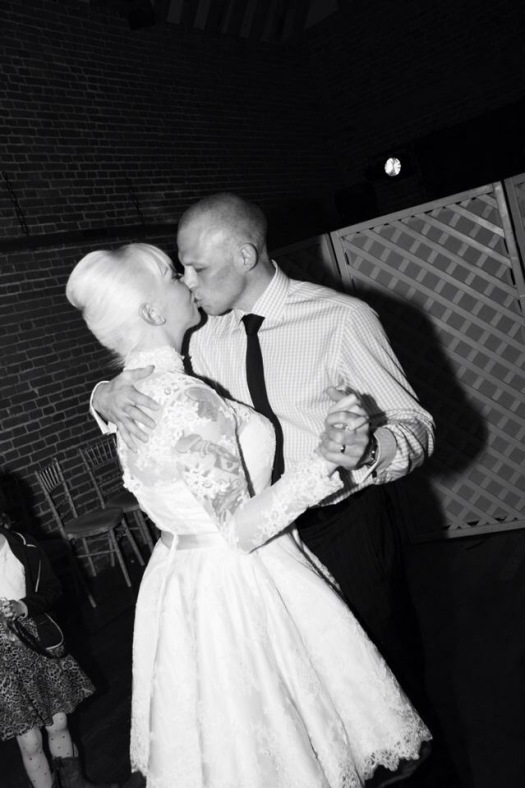 I had no worries about being an older bride and I’m all for doing what makes you happy. So thanks for reading and if you’re getting married soon, Congratulations
on your engagement!

There was an error retrieving images from Instagram. An attempt will be remade in a few minutes.